The education we need for the world we want

This special issue presents voices, expectations, challenges and opinions from adolescents and youths in Latin America and the Caribbean on their right to education.

Voices, expectations and opinions from adolescents and youths in Latin America and the Caribbean

For the purpose of hearing, collecting and giving visibility to the proposals and challenges from adolescents and youth in Latin America and the Caribbean on their right to education, CLADE promoted, together with support from UNICEF’s Regional Office for Latin America and the Caribbean, the campaign called #TheEducationWeNeed for the World We Want.

Developed in the second semester of 2019, in the occasion of the 30th anniversary of the UN Convention on the Rights of the Child, this initiative searched to encourage adolescents and youths in Latin America and the Caribbean to share their voices, expectations and opinions on the right to education. Besides, this campaign includes communication and advocacy strategies to promote these perspectives appreciation in education policy decision-making spheres.

Adolescents and youths in Latin America and the Caribbean were called to express and disseminate their views on #LaEducaciónQueNecesitamos, through videos, photographs, texts, poems, drawings and other forms of expression, on social networks or in direct communication with CLADE.

The right to participation and leadership, an education aimed at developing critical thinking and social transformation, and the right to a public, secular, free, comprehensive, feminist, emancipatory, democratic, inclusive and non-discriminatory education are some of the messages found in the testimonies sent by adolescents and youth from different countries in the region, as part of their contributions to the campaign.

>> Read more: Adolescents and youths share their perspectives on the education they want for a better world

In the context of this initiative, 65 videos and audios were received, containing testimonies from adolescents and youths from Argentina, Bolivia, Brazil, Colombia, Costa Rica, El Salvador, Honduras, Mexico, Nicaragua, Peru and Panama.

The initiative also received the following contributions: a text from Colombia; 9 drawings from Mexico, Colombia and Argentina; and 12 photographs of conversation circles and marches attended by adolescents and youths in El Salvador and Mexico.

Following, we gather and present the demands and perspectives from adolescents and youths that joined this campaign.

What do adolescents and youths want? Leadership and participation.

As part of the campaign, we conversed with Jazmín Elena, Salvadorean university student, member of the Education Communities for Peace Network and of the Salvadorean Network for the Right to Education (RESALDE).

Jazmín Elena complaints about the criminalization of students, as well as about their stigmatization for being young or for their place of birth, factors she sees as barriers to a greater student participation and mobilization. She also reminds that in El Salvador the 6% of the Gross Domestic Product (GDP) for education is still a pending demand.

Listen to this interview (available in Spanish):

What do adolescents and youths want? An education for critical thinking 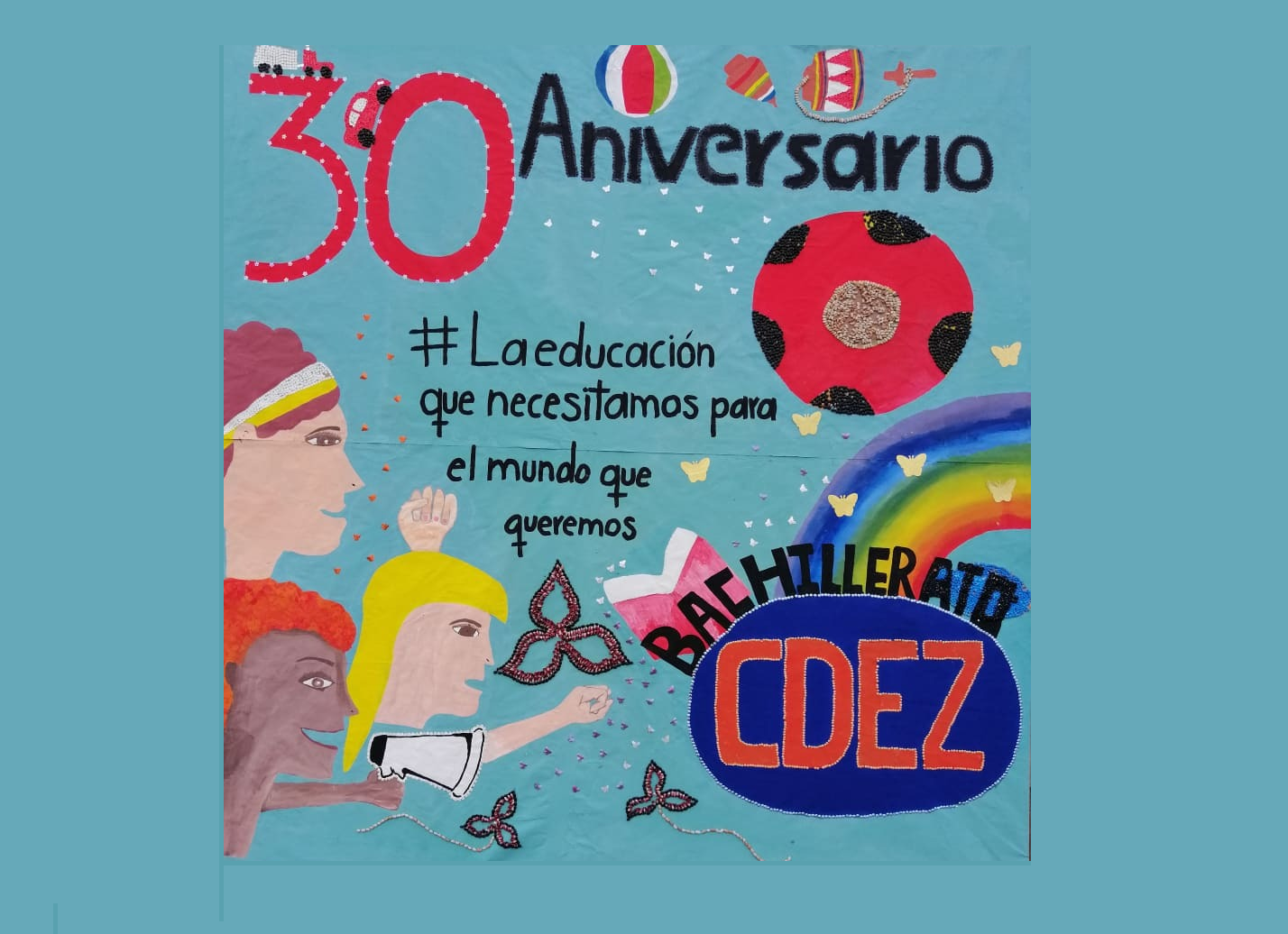 Youths and adolescents: political struggle for an inclusive education

The students’ complete speech can be heard below in Spanish, and the transcription can be read in English, at the links below the audios.

“We must work together to change the political perspective in our country. Raising awareness among the young population, since we are the ones who will elect our next authorities, to see what kind of work they will do to [improve] our quality of life”.

The students’ complete speech can be heard below in Spanish, and the transcription can be read in English, at the links below the audios.

The voices of adolescents and youths in the media

The campaign managed to stand out on the press. There were 15 news issues or mentions in the media from different countries in the region, who gave visibility to the perspectives of adolescents and youths participating in this iniciative, as part of the news coverage on the anniversary of the Convention on the Rights of the Child (CRC).

TV Futura (Brazil) made a special programme on the Convention on the Rights of the Child, which included a promotional video from our initiative.

Contratempo newspaper (Brazil) shared news highlighting the perspective of a Brazilian student, as part of the debates on the anniversary of the CRC.

Deslengua2 news page (Peru) shared an interview on this initiative and some perspectives of adolescents and youths in the region, collected as part of it.

Equally, news from the Dialogue Roundtable for Fighting Against Poverty in the country highlighted the perspectives of students who took part in this initiative.

The University Radio and the Ecos de Pasto [Echoes from Pasto] radio station, both from Colombia, shared interviews with Fabíola Munhoz, from CLADE, and the secondary student Brayan Imanol Narváez, who sent this beautiful article to our campaign. In turn, Sabana Norte newspaper and the Pressenza Agency, from Colombia, released an interview with student Laura Victoria.

UdeG Radio (Mexico) aired a special programme on CRC and this initiative. All stations that are part of the UdeG University Radio and TV System included news on this initiative and on the anniversary of the Convention in their schedules: UdeG Radio stations in Ameca, Lagos de Moreno, Ciudad Guzmán, Autlán, Puerto Vallarta, Guadalajara and Ocotlán.

Partidero newspaper also released an article on the anniversary of the Convention, written by the feminist activist and defender of the right to education and other human rights, Guadalupe Ramos Ponce.

El Salvador student Jazmin Elena shared her view on the right to education in her country in an interview to a TV programme from Órbita TV channel.

What do the adolescents and youths want? Comprehensive, all-embracing, peace and future-challenges-oriented education

International Day of Youth: the role of young people to transform education

In 1999, United Nations General Assembly appointed August 12 as the International Day of Youth, an annual celebration aimed at promoting the role of youths in processes of change, as well as raising awareness on the challenges and contexts faced by the youth.

In 2019, the UN celebrates this date with the slogan “Transforming Education”. This slogan was chosen to “highlights efforts to make education more relevant, equitable and inclusive for all youth, including efforts by youth themselves”.

Find out some activities carried out by CLADE’s national member forums, to press for the guaranttee of the right to education and participation of youth in their countries.

>> Youths from Latin America and the Caribbean transforming education

What do adolescents and youths want? A liberating education 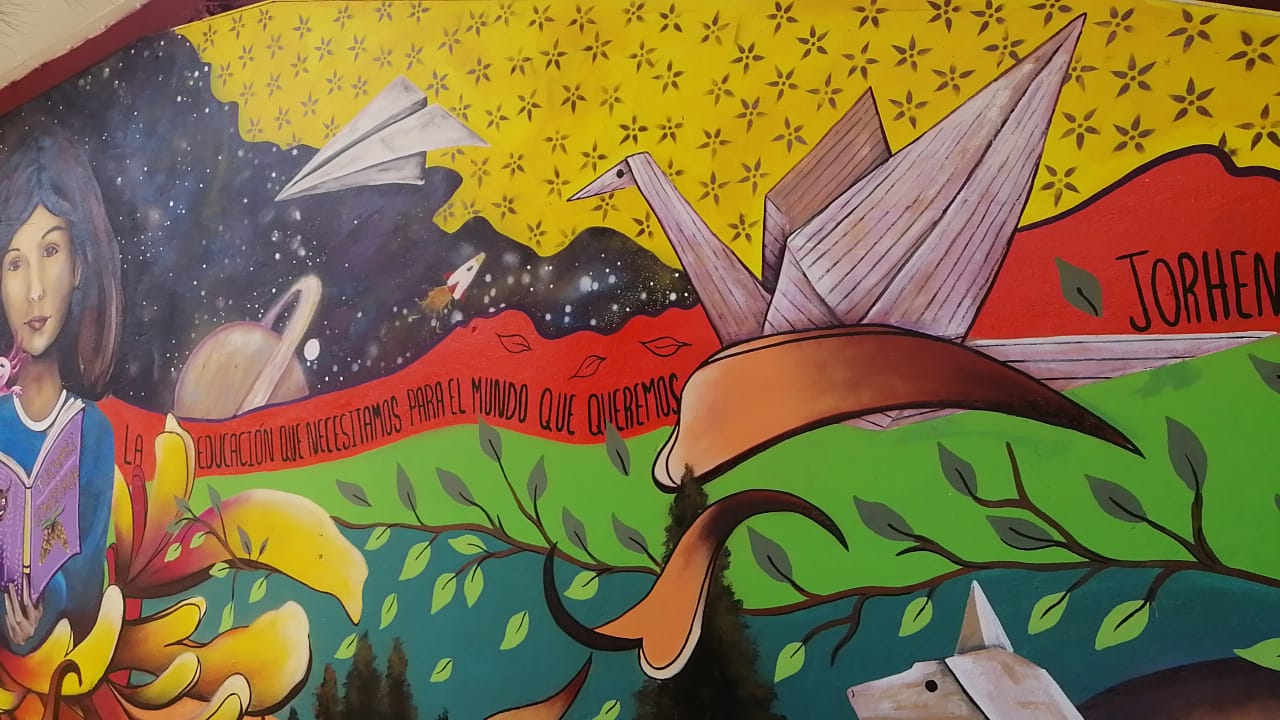 What do adolescents and youths want? An egalitarian education, free of discrimination

What are the thoughts of students from Latin America and the Caribbean on education and other human rights?

Overcoming discrimination and violence, the right to play, art and recreation, gender equality and the right to comprehensive sexuality education and to participate in the debates on public policies affecting them: these were some of the demands shared by boys, girls, adolescents and youths during the 22nd Pan-American Child Congress.

CLADE participated in the Congress and also in the Civil Society Forum prior to the event. The Campaign took this opportunity to launch to the public the iniciative #TheEducationWeNeed for the world we want.

Simultaneously to the Congress, the Third Pan-American Child and Adolescents Forum was held, bringing together delegates from 12 to 18 years of age, from 14 countries in the region: Barbados, Brazil, Canada, Chile, Costa Rica, Ecuador, El Salvador, Jamaica, Mexico, Nicaragua, Panama, Paraguay, Peru and Uruguay –, to discuss key issues from the authorities encounter and to share the delegates’ respective demands with governments. The subjects being stressed were: violence against girls, boys and adolescents, the right to participation of girls, boys and adolescents and how to guaranttee the existence of comprehensive systems of protection of rights for children and adolescents.

>> Find the points of view shared in both encounters by boys, girls, adolescents and youths from different countries in the region

What do adolescents and youths want? Emancipatory, democratic and inclusive education 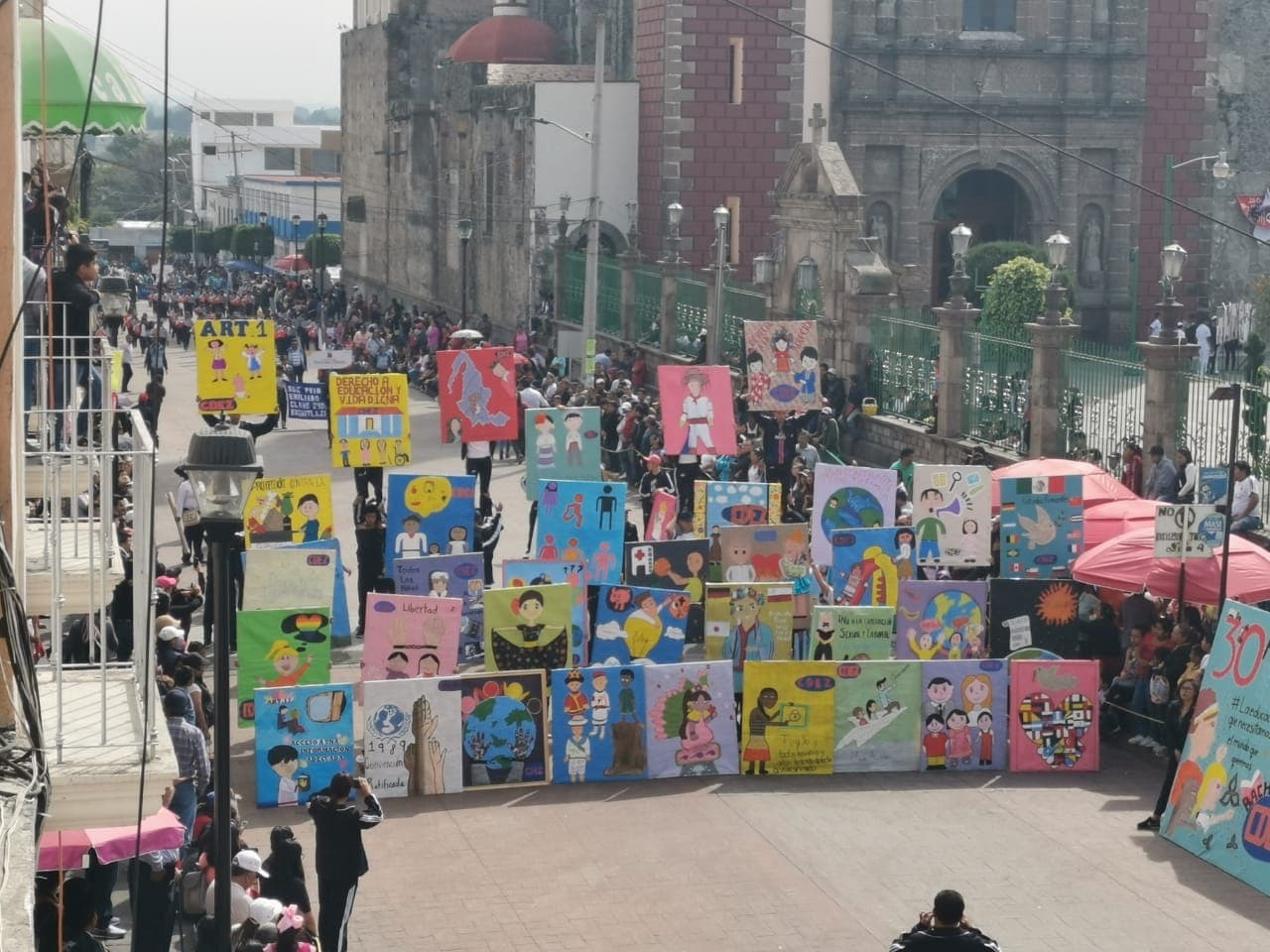 What do adolescents and youths want? Public and free education as a right

Other actions derived from the campaign

Morelian students and teacher (Michoacán, Mexico) report the experience of painting a wall of their school, with the purpose of expressing ideas, emotions, dreams and concerns of adolescents and youths on their right to education. Read more.

Inspired by his experience of CLADE’s initiative, young man starts a campaign in Bolivia

Interviewed by CLADE, Bolivian young man Gabriel Villarpando explains the campaign #Mochila2.0 [#Backpack 2.0] and comments on the importance of having adolescents and youths voices debating the right to education. Read more.

Regional Mobilization Day: 30th anniversary of the Convention on the Rights of the Child

On the commemorations of the 30th anniversary of the Convention on the Rights of the Child (CRC), CLADE network celebrated a Regional Action Day for Education, on November 20, 2019.

This regional mobilization counted on a Twitter demonstration; messages and letters to governments were sent, urging for renewed commitments to the accomplishment of CRC.

Equally, a list of instructions was made to facilitate the organization of roundtables with adolescents and youths on their right to education and CRC. It informed the organization of adolescents and youths roundtables on the right to education in El Salvador, Bolivia, Brazil, Mexico, Panama and Colombia. That list of instructions was used in an activity held at Maria Augusta Correia School en São Paulo, Brazil, and also shared on social networks and on CLADE’s website, as well as through direct invitations to young people, teachers and popular educators in the region.

Among the Regional Action Day for Education activities, a virtual debate on the challenges and proposals to ensure the early childhood human right to education and care in the region was held.

Adolescents and youths participation, political will, transparency, autonomy, early childhood and human rights education were some of the topics standing out during the virtual conversation held by CLADE on Tuesday (March 10), as part of “The Education We Need for the World We Want” campaign.

Who participated: Luis Ernesto Pedernera, president of the UN Committee on the Rights of the Child and Francisco George de Lima Beserra, expert at the Rapporteurship on the Rights of the Child of the Inter-American Commission on Human Rights (IACHR), side by side with the youths: Alexander Guevara (Nicaragua), Angélica Hidalit (Mexico), Felipe Urbas (Argentina), Gabriel Villarpando (Bolivia), Jazmin Elena (El Salvador) and Laura Victoria Kiknath (Colombia). Camilla Croso, CLADE’s general coordinator, hosted and facilitated the event.

See the video recording of this virtual conversation (in Spanish):

Check out our newsletters (in Spanish)

Check out the Primera Página newsletters